That is the most appropriate name for Meghan Markle’s son because his father is the descendant of a family that exercises what is called the divine right of kings, which led to the invasion and subsequent ownership of people who do not look like that family.
We don’t know Commonwealth’s last name because his parents are not referred to as Mr. and Mrs. somebody.  We also don’t know if they have a social security number or pay tax.


What we know is that Commonwealth’s parents are globe-trotters because the sun never sets on what was known as the British Empire, with tentacles reaching Africa, Australia, Caribbean, Hong Kong, India, North America, New Zealand and everywhere where the British navy landed, took the land through the barrel of the gun, imprisoned local kings, instituted British education to drive the money economy, shaved kids’ heads because their kind of hair supposedly had lice, punished them for speaking African languages and annihilated African culture using the bible. 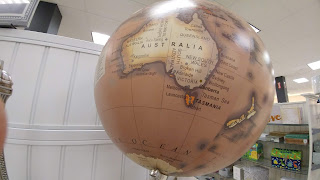 The birth of Commonwealth, Meghan Markle’s son should be put in its historical, political and economic context, especially economic.  British colonies were about money, slaves, free diamonds, gold, silver, coal, copper, sugar cane and everything else that could be mined or harvested.


That is where Britain’s wealth comes from and young Commonwealth should be schooled in that.  The best person to tell Meghan Markle’s son about the great land robbery is his great grandmother the present Queen of England because she doesn’t hide it.
She always wears gloves, including shaking hands of all those Commonwealth heads of state that produce wealth and sent their sons to die for her in the Second World War.  However, the divine right of kings, does not permit her to shake hands of immortals.


Commonwealth should know this because he is likely to follow in his father’s footsteps and visit ‘underprivileged kids’ in Africa and Australia.  What was Africa’s condition before the British navy landed?  That is the pertinent question bearing in mind the confetti success of Black Panther, a movie about Wakanda, a fictitious country rich in vibranium, directed by Ryan Coogler for Marvel/Disney.
Britain stayed in so-called underdeveloped countries for minerals, rivers, vegetation, the weather, houses on acres of land and four servants.  There were no slums, TB, smallpox or malnutrition, because local people lived in harmony with the land.


Britain called it primitive. Commonwealth, and his father Prince Harry should be talking about the reason for ‘underprivileged kids.’  He should tell his son how Britain underdeveloped Africa, to tweak Walter Rodney’s book, How Europe Underdeveloped Africa.
Failure to do so leads to the belief that poverty is intrinsically African and black and needs British royalty to alleviate it.  What was termed ‘British civilisation’ implies that there were inferior races that were upgraded to the white race, protected by the Queen of England.


There is no superior race.  All human beings are born equal because they are conceived the same way, develop in the woman’s body the same way, and are born the same way.  Commonwealth, Meghan Markle’s son is no exception.
He is not the only one who needs an education.  It is the British as well, because although he would never be king, his birth will uproot the ugly side of ‘England the mother country’ as we were taught in school.


They will not have a referendum to leave the Commonwealth as they voted for Brexit (to leave the European Union) on 23 June 2016, because the Commonwealth is a cash cow and African leaders relish the idea of shaking the Queen’s gloved hand every year.
That was easy for her because these are foreigners.  Commonwealth’s birth flips the script.  They are in-house and the British should be on their best behaviour and not make comments about the physical attributes of Meghan Markle’s son: the texture of his hair and the colour of his eyes.


At no point must they compare his appearance to Prince George or Prince Louis, Kate Middleton’s sons. There is no comparison.  Kids are kids.
The British must remember that they are the beneficiaries of plunder and pillage of the colonies under the lie of British supremacy and ‘civilization.’
The choice is yours.  Brexit the Commonwealth, or let the child grow up as a child, without the fake superiority.
By:  Nonqaba waka Msimang. 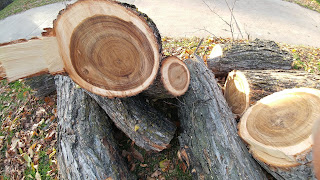 To Carve in Zulu 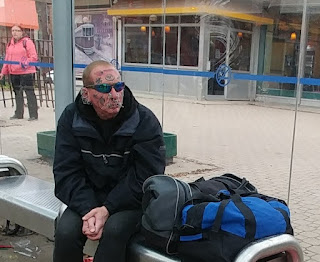